is an underground multi-platform production, events and technology consulting facility, located in the heart of Adelaide 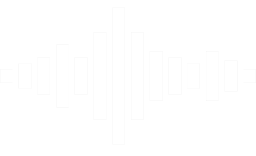 STUDIOS : YOUR STUDIOS
Studio@ is an audio-visual production studio with a range of facilities available for hire (click here for our rates card), current as of April 2018.

Available facilities include a white cyclorama and green screen, a sound-proofed audio recording studio and a screening room where you can view the outcome of your day's work, or present to clients or investors. Please contact us for availability.

Read more on Studios at its own site!


We partner with a number of professional hire companies around Adelaide and can gladly help you organise your equipment hire. 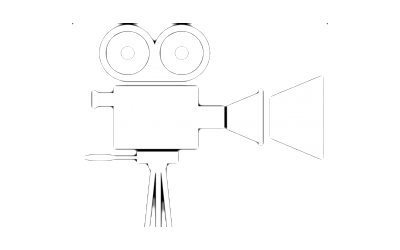 Our cyclorama is u-shaped and is approximately 8m by 5m in size. It is mostly painted in chroma-key green, with approximately 2m of white also. The studio is equipped with a Lupolux 1000 LED lamp and two soft-boxes which may be mounted on any of 4 rigging points that can be DMX controlled.

We have a BlackMagic Cinema Camera (2.5k) and a Samsung EVO 240 GB high performance SSD, both of which are available for in-premise hire. 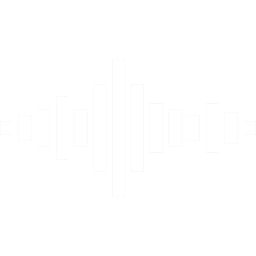 The control room is where your hard work can transferred from the BMCC's 240 GB high performance SSD drive onto our editing suite or your own hard drive at the end of the shoot. Our Mac Pro 5,1 edit suite with !!audio software!! is available for audio capture via our Motu 828 audio capture device, and video editing on DaVinci Resolve 11.

The recording booth is next door; it is a sound-conditioned recording space equipped with a RØDE NT2-A Condenser Microphone for crystal clear audio, ideal for voice-overs. 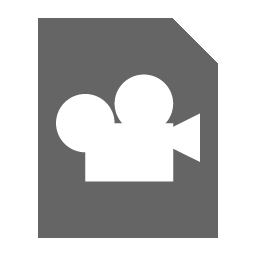 Our screening space is perfect for use at the end of your studio day, to have a look at how things have progressed. It is also ideal for limited-access pre-screenings of work-in-progress. The space is equipped with an Epson EH TW8200 which offers full HD playback and an amazing contrast ratio of 600,000:1.

It is matched with an Onkyo TX-SR608 reciever and studio monitor speakers, which together, provide a truly immersive viewing experience.

Our tech workspace is where we innovate in the area of VR, working with the HTC Vive and Unity.
It's also a great ideation space.. Innovate with us! 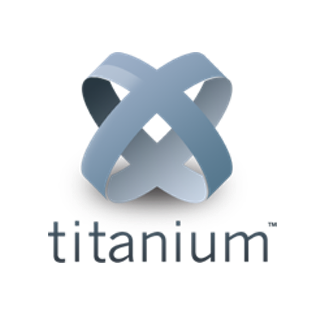 We develop custom mobile apps and associated cloud-based backends, designed to your requirements. We specialise in enterprise mobile application development and can work with you to design and deliver a solution to your needs. We have extensive experience in the domains of mobile field data collection solutions, custom Bluetooth Low-Energy (BTLE) profiles with supporting apps, location-aware marketing infrastructure and e-Health apps.

Andrew is a certified Appcelerator Titanium Mobile development professional and we deliver courses (1 day for an introduction and 3 days for certification) on Titanium Mobile cross-platform mobile app development. Contact us if you're interested in engaging our technical services for your next project, or would like to attend one of our Titanium Mobile training courses. 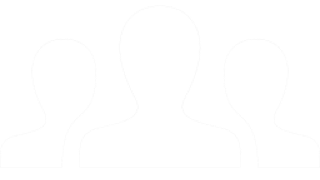 Events@ is a space to present your latest creations. 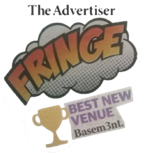 is looking forward to an exciting 2020 Fringe, with an assortment of talented stage performers lined up! 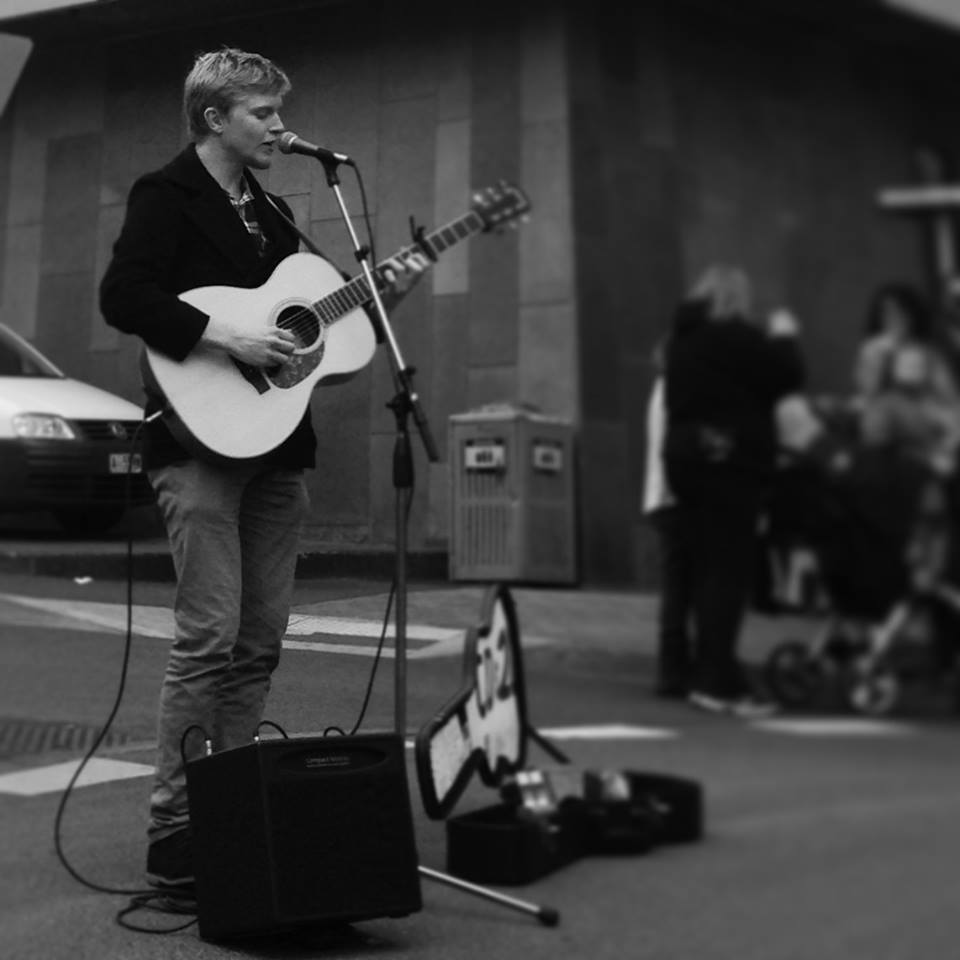 Matthew Dames is a seasoned performer who plays frequently at Salamanca Market in Hobart, the Harvest Market and the Colonial Hotel in Launceston. His Contemporary Folk style is warm and sensitive drawing influence from Passenger, Luka Bloom and Dougie Maclean. Matthew's original debut album Cold Stars was released in December 2013.

His next album "Walk with Me" is due to be released in 2015. Matthew has performed at the Cygnet and National Folk Festivals, and will be performing at the 2014/15 Falls Festival at Marion Bay, as well as the Adelaide and Edinburgh Fringe Festivals in 2015.

Matthew will perform at on Wednesday the 18th of February at 7:30pm and Friday the 6th of March at 9:00pm. 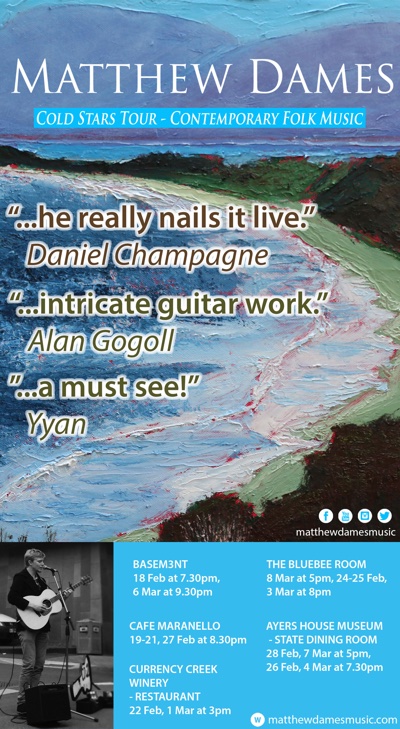 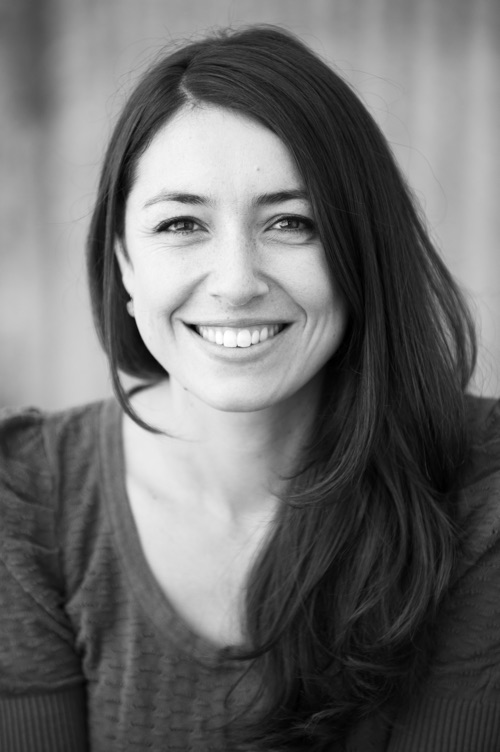 Nikki has been creating, devising and performing theatre for the past 12 years, working with companies such as the Melbourne Playback Theatre Company as an actor and permanent ensemble member (2007-2012), OPE (Melbourne) and Roundangle (Melbourne). Most recent highlights are Potion (Melbourne Fringe Festival 2013), Kaleidoscope of Dreams (Museum of Singapore 2011), Tasting Treasure (Melbourne Food and Wine Festival 2011), and Edible Garden (MFWF 2010). In 2012 Nikki co-wrote, devised, produced and acted in No If’s or But’s (The Three of Us) performed in Adelaide. Currently Nikki works in Adelaide as a freelance actor, tutor, maker, producer and project manager.
Nikki will perform at on 5, 6, 7, 12, 13 & 14th March at 8pm.

The Colloquy of JG and the Girl


‘It was not of her volition that the mind splintered and the world darkened’ – the Girl
This is the story of the bond between a grandmother and her granddaughter - the fondest of memories, the challenges of ripening age and the fractured, yet often hilarious, discourse of the twilight years. Traversing memories from Baghdad in the early 30’s, the high seas, native England and eventually settling in Australia in the 60’s, JG and the Girl invite you to enter their world wrapped in the passing of time. As the Girl traces the narrative of her own experience entwined with JG, she grapples with the inevitable role reversal, beckoning her to embrace her Gran in a whole new light. 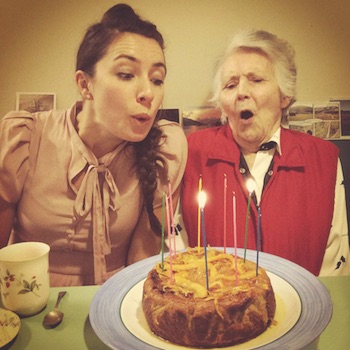 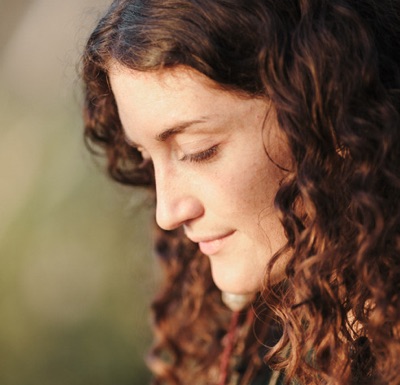 The Feather Collector is the mysterious and ethereal vocal project of Brisbane based vocalist and composer, Hannaka. Using a loop pedal and an improvised language, The Feather Collector is a means for transcending the mundane.
Devised as a vehicle to conjure feeling that moves beyond words, the vocalisations begin the breath and on ideas surrounding our cyclic existence. The Feather Collector weaves a web of sound, movement and passion in a not quite music, not quite dance, not quite performance art, not quite drone manner.
Hannaka will perform at on Thursday the 26th, Friday the 27th and Saturday the 28th of February (shows at 7:30pm and 9:00pm each evening).

The Feather Collector (performance artist) in collaboration with _f_k_ (audio-visual artist) will be cultivating a unique performance that stretches beyond the conventional borders of music, sound, movement and visual realms. Carnal+Bloom explores the nature of form and language and our perception of these. Germinating from an elemental voice and physique, this alliance of the organic and the electronic, seeks to manifest a ephemeral passage to an ethereal experience. 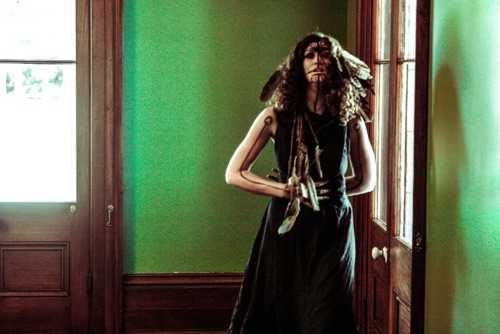 
Visual Artist Mary-Anne Bloomfield will be exhibiting Transliminal at . Mary-Ann graduated in Visual Art with honours from SASA in 2003, she also holds a graduate certificate in Cultural Heritage Management. Her honours exegesis explored the ‘Death of the Author’, analogising early 17th Century religious paintings by Caravaggio to modern consumerist advertisements. Transliminal will be installed at from Friday the 20th of February until Sunday the 5th of March (excluding Mondays).

Mary-Ann seeks to create a nexus in elements of 18th and 19th century European portrait painting of children and the cultural imperialism of the ‘fairytale’, through transgressing the numinous and the abased. Exploring the position of ‘artist as purveyor of meaning’, her collage works for Transliminal exploit Daubist and Bricolage methods, evolving from her previous work in photomontage. 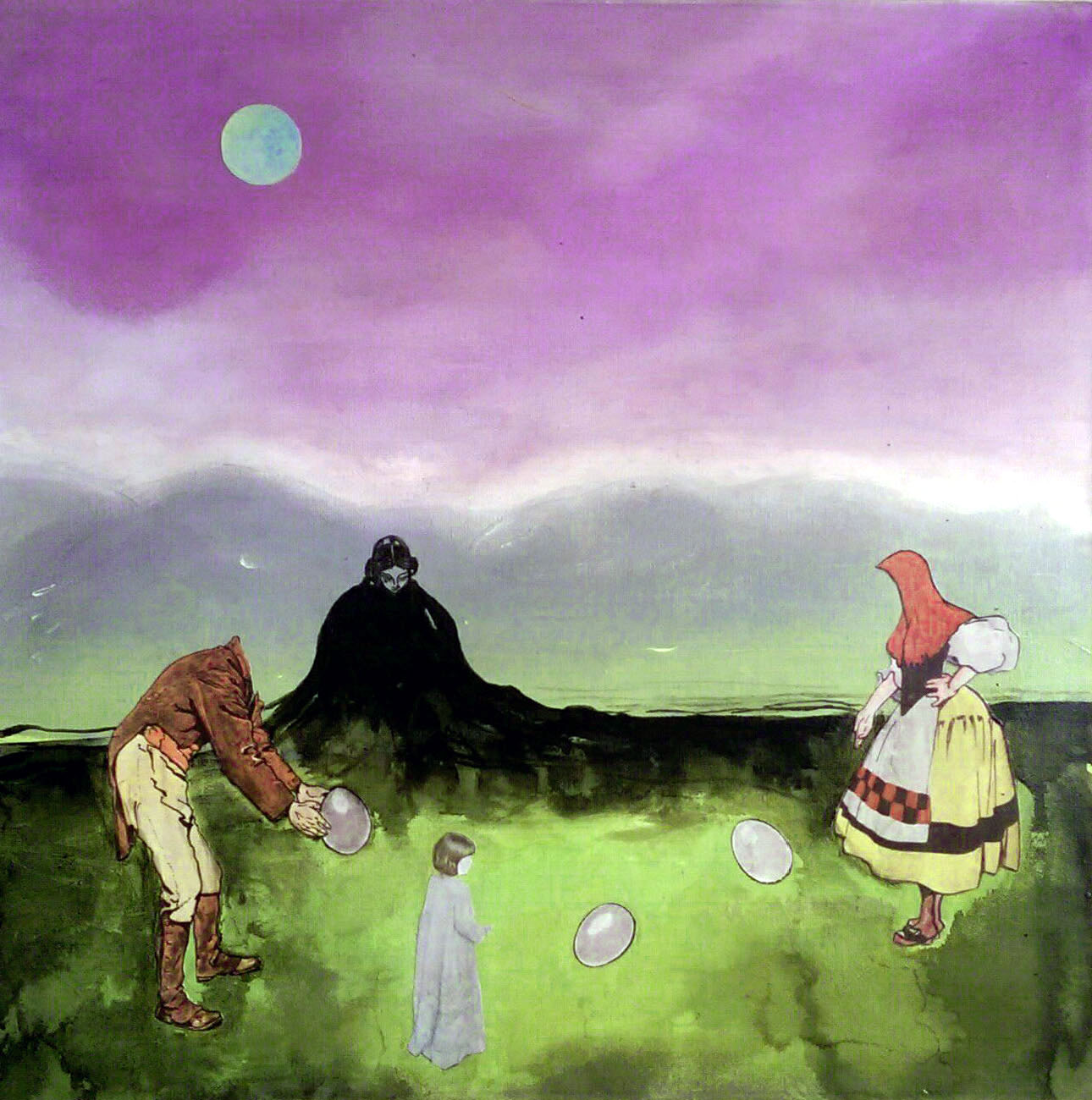 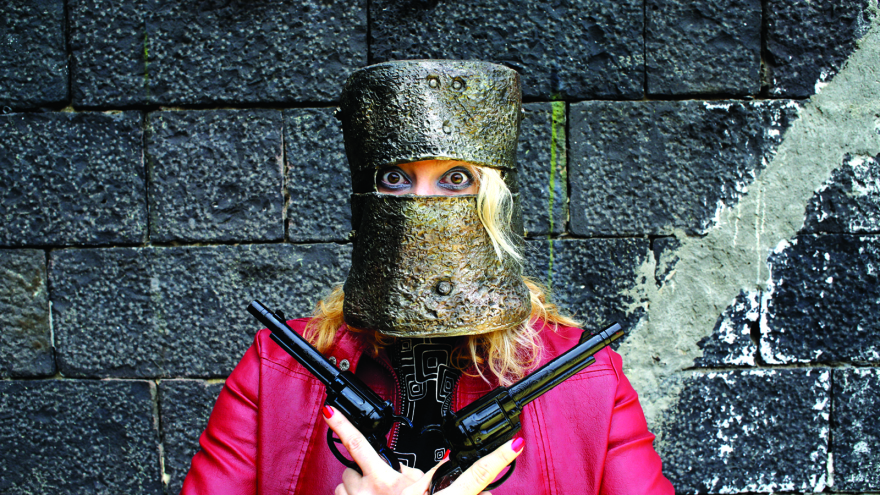 Well ... that's what Rowston family folklore claims. Melita journeys into Kelly country to uncover the truth. While examining the skeletons in her family’s closet, she meets a bunch of colourful characters who swear they're also connected to Ned Kelly - and will go to astonishing lengths to prove it! 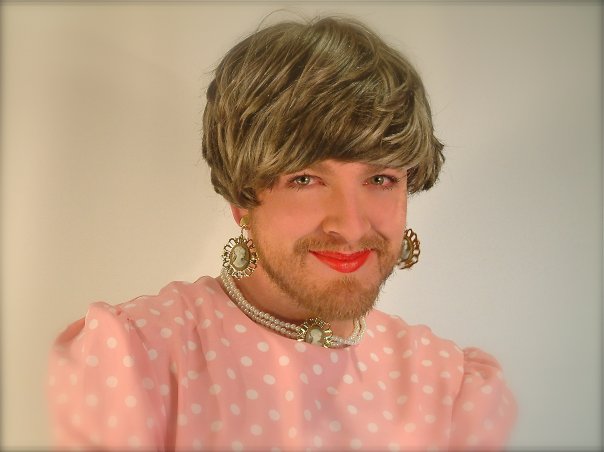 Format's visionary ability as a creator of atmospheres combined with audio visual will provoke, excite and challenge perceptions.


We're very excited to haul our floordrobe to and we look forward to meeting you. 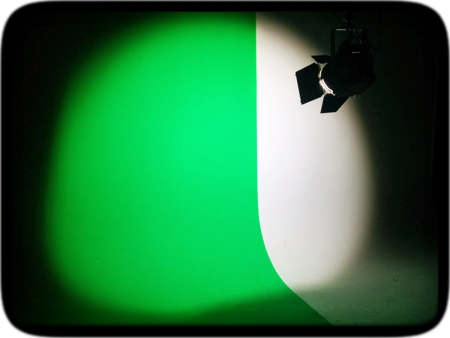 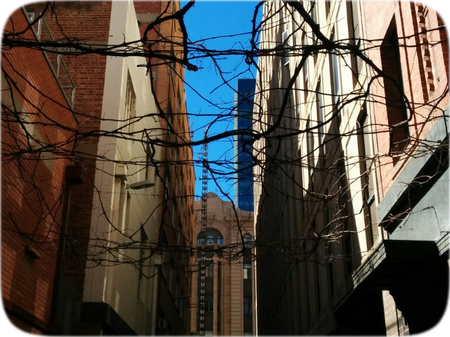 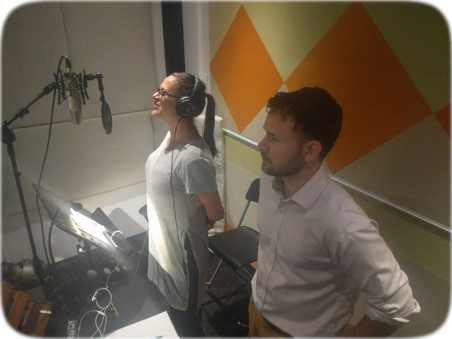 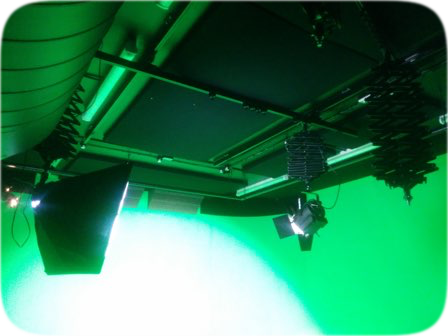 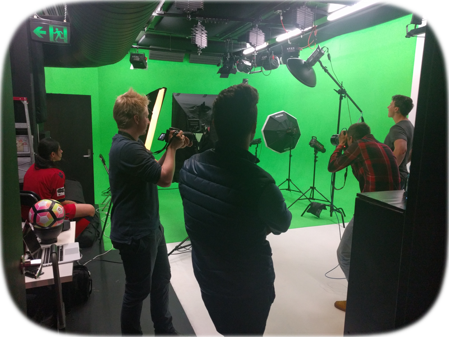 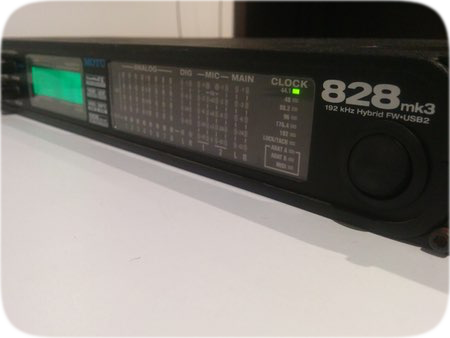 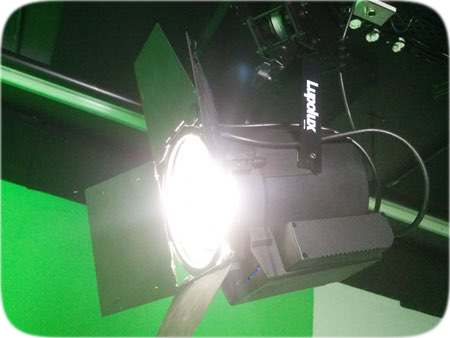 We are a young and dynamic organisation, with a strong customer-focus and a desire to make our facilities and services accessible to all.

space to create, enjoy and innovate...

read more about our founders and the organisation. 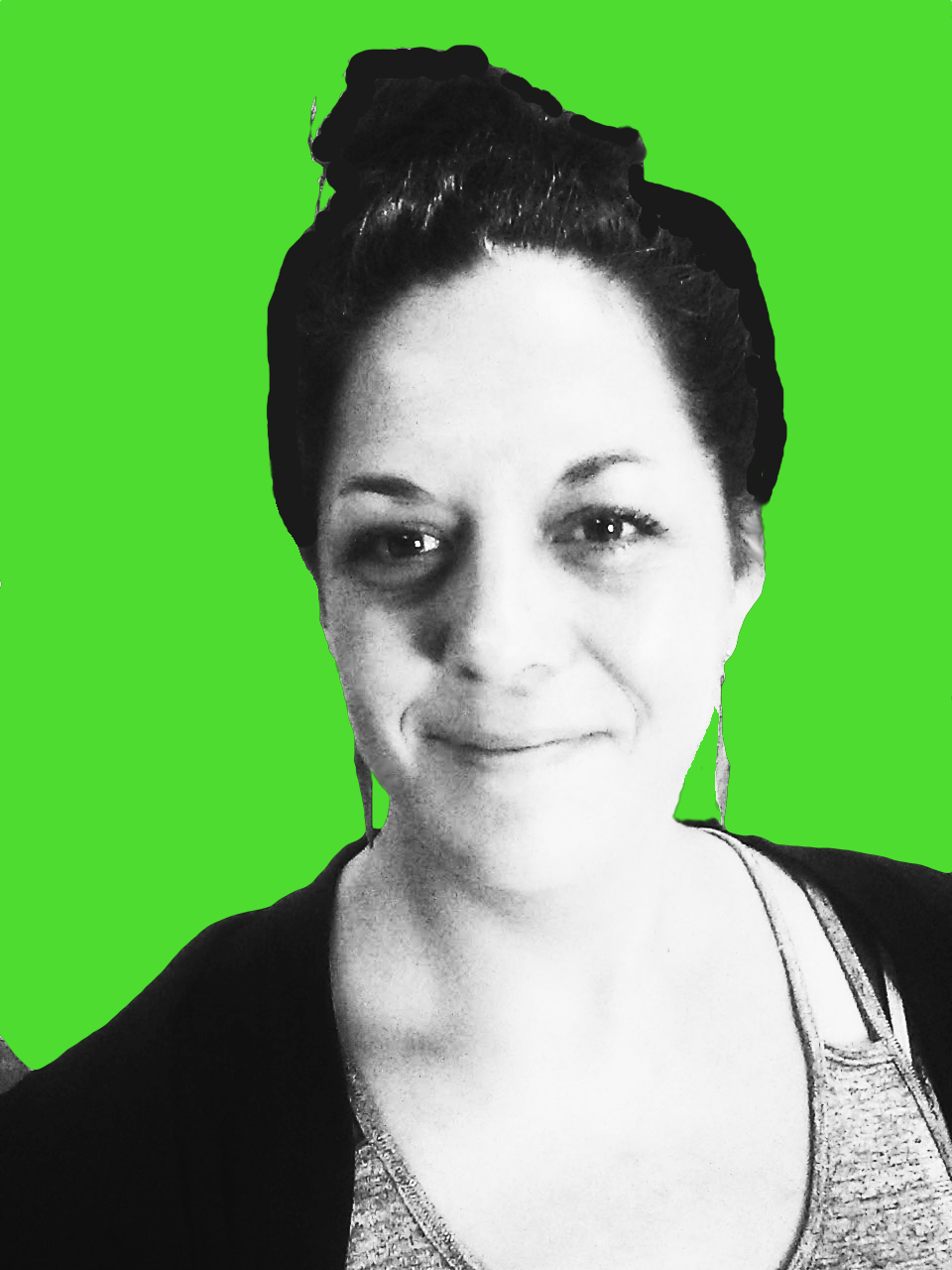 Corinna McLaine is co-founder of, and Creative Producer at Basement Enterprises. Corinna has been in some way involved in the Arts from the word go, remembering at the age of six, creeping out of class, preferring to help her mother paint a mural for the school.


Since this time her appetite for art in all forms has continued, establishing extensive experience in the coordination and producing of events and the stage for both the major and independent arts sectors. Corinna’s visual art and photographic history has led her to work in the making of stage props and scenic art and she has produced commercial and arts-based short-form film for an independent award winning film production house.


Corinna’s role as Creative Producer at Basement Enterprises sees her bring a life of Arts focus to a natural gathering point. Further, the bringing together of Corinna’s comprehensive experience with the vast opportunities Basement Enterprises has to offer, makes her feel pretty excited about what’s to come...

Corinna can be emailed or called to discuss your next project or event. 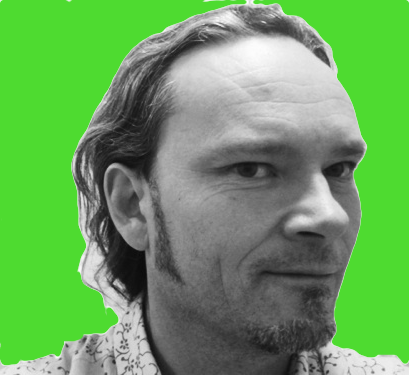 Andrew Tokmakoff is co-founder and Technical Director at Basement Enterprises. Andrew has turned his hobby into his profession, having been active in computing since his early teens and obtaining qualifications in Computer Systems Engineering.
He has worked professionally in Australia and throughout Europe on diverse application spaces ranging from commercial mobile service platforms and ecological data collection through to lighting control and Ambient Intelligence, typically in multi-disciplinary and culturally diverse teams.
Andrew's role as Technical Director at Basement Enterprises involves delivering the organisation's tech services and working with Corinna to define and deliver the organisation's strategy, marketing and business development.
's goal to be a highly valued partner to Adelaide and Australasian creative and innovative industries, providing high quality and affordable services and facilities.

We're right at the end of Featherstone Place, under the vines, on the left!